Alan White: A wonderful, extremely close friend and an extremely kind soul.  Alan, considered to be one of the greatest rock drummers is a world historical figure by all possible measures.  He's been the drummer for the super Prog Rock group YES for almost 50 years who are now are inductees in the Rock and Roll Hall of Fame.  He was the drummer with John Lennon on the signature song, "Imagine" along with "Instant Karma".  Alan was also the drummer and percussionist with George Harrisons' critically acclaimed, "My Sweet Lord" and other songs from the album, "All Things Must Pass".

He also was at Toronto as part of the group, Plastic Ono, alongside George Harrison, Eric Clapton, and Klaus Voormann for John and Yoko's Live Peace in Toronto.  "All we are saying, is give Peace a Chance"!

When the UW's marching band decided to honor Alan during a football game's half-time show in front of 50,000 people, they did things right.  They put Alan's YES drum kit on a rolling riser, and wheeled him out on the field, where the band performed Roundabout.  We were there to document this, and I walked out onto the field with Alan to catch this historical and fantastic event.

As a bonus, the UW broadcast one of our studio shots of Alan on the mega-screen during the show.

A moment for Alan, friends, and fans and the University of Washington indeed! 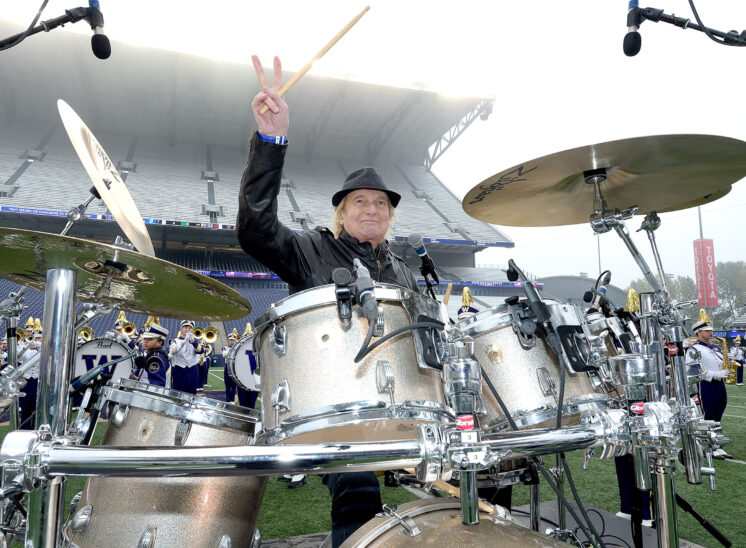 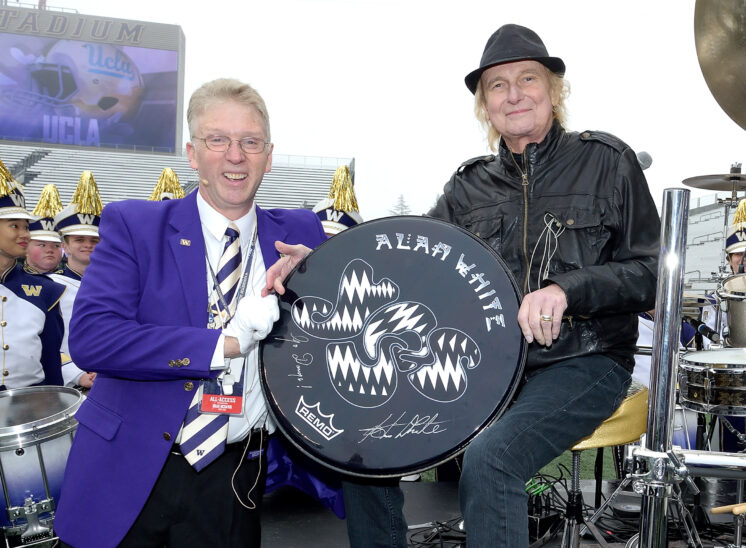 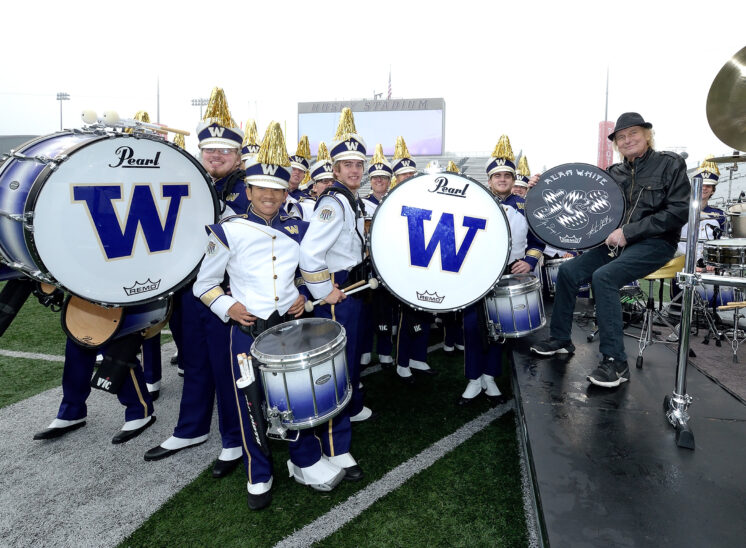 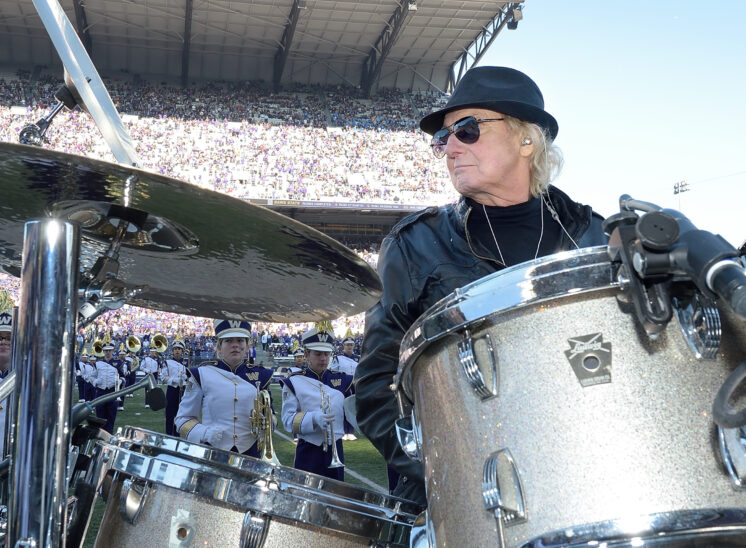 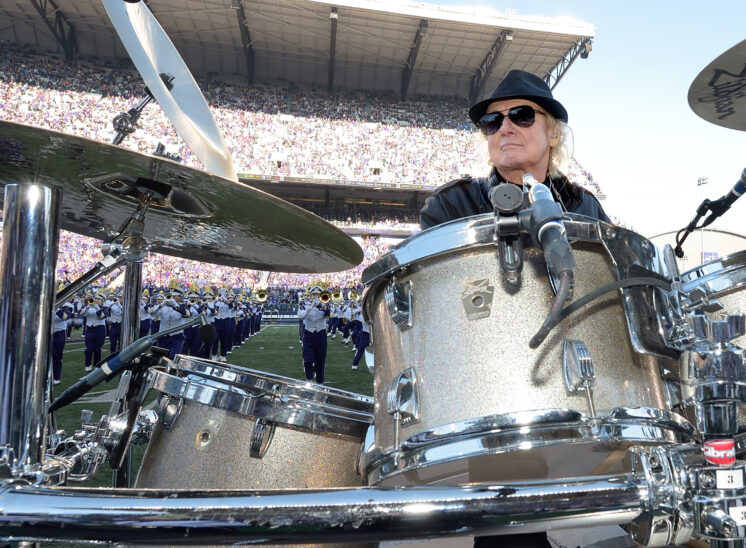 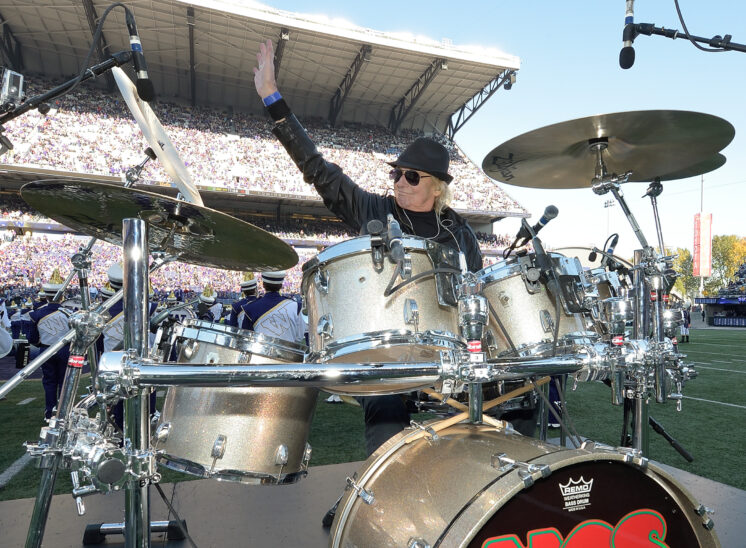 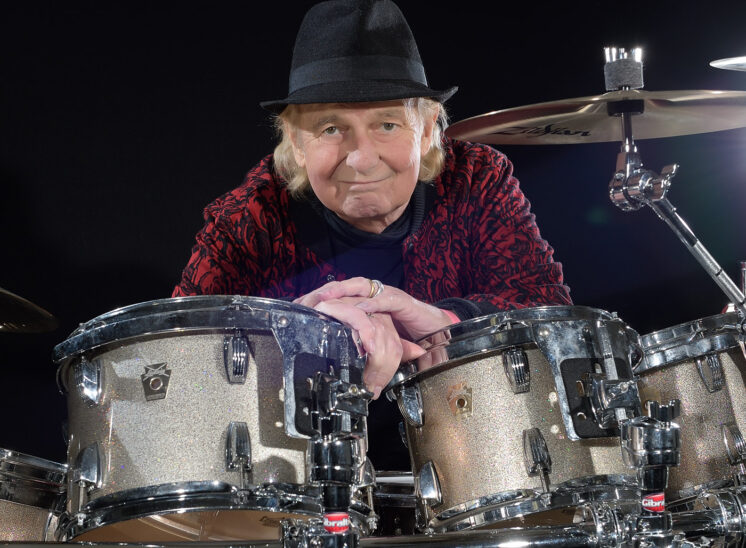 Alan White is considered by many to be one of the greatest rock drummers of all-time, Rock and Roll Hall of Fame inductee, including his many years with prog rock group YES, and his work with John Lennon on "Imagine", "Instant Karma", and George Harrison's "My Sweet Lord". 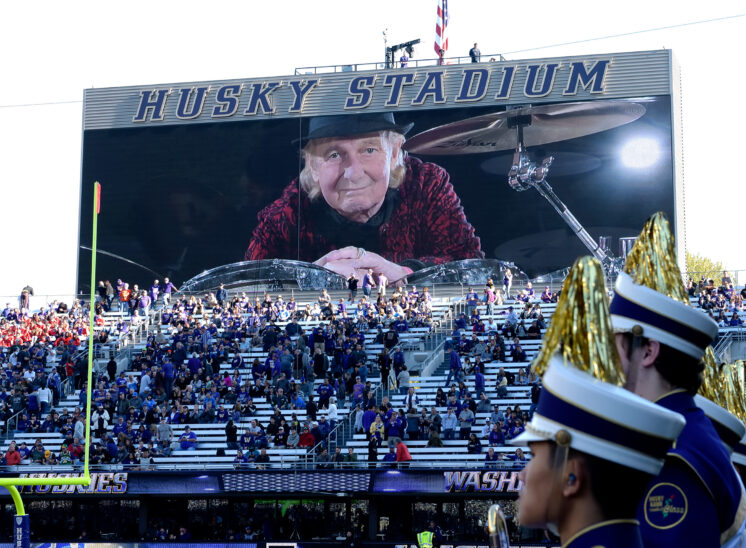 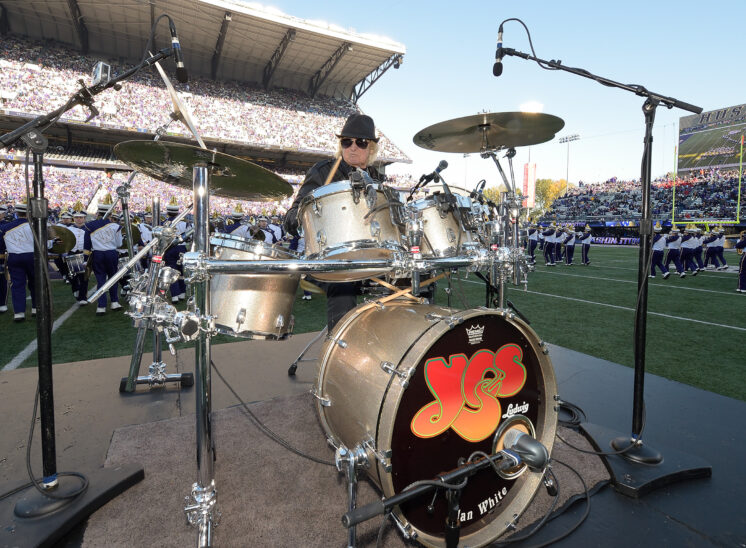