Katie Couric:  One day we received a semi-mysterious phone call from KING5 TV, inviting us to be the photographers for an upcoming event featuring an extremely well-known celebrity who could not yet be named.

The night before, another phone call informed us that their guest was none-other than Katie Couric, a journalism genius whose work spanned a huge number of news and other journalism programs, including Today, CBS Evening News, 60 Minutes, 20/20, ABC News and many other programs.   People she has interviewed former V.P. Al Gore, Hugh Jackman, Shakira, First Lady Michelle Obama, President Barack Obama, Hillary Clinton, and others in a non-ending list of world leaders and other well known figures.  In addition to Peabody and multiple national Edward R. Murrow and Emmy awards, her list of accomplishments is vast.

Arriving at the station and positioning ourselves to be ready as she and her entourage entered the lobby, things got off to a fabulous start.  After initial greetings with then KING5 anchor Jean Enersen, Katie spotted my Angel, Lois, in the walkway leading to the next studio in the schedule.  She immediately walked up to my Sweetheart, declared how cute and adorable she was, saw me with a camera as well, and enthusiastically asked me to catch a few shots of the two of them together.  Katie was a powerhouse and without heels, was a towering 5', the same height as Lois.  (Small in stature, great in spirit).  She clearly did not think in terms of "class distinctions", just was a sincere and strong individual with an clear instinct for people.

First impressions were that she was quite kind, very courteous and respectful, charismatic, with a quiet but strong magnetism.  Very easy to like and be friends with.

Katie was also very accommodating to me as I shadowed her, repeating a couple of semi-candid poses and smiles for me to capture.   She also pulled me aside almost aggressively, and in what became horribly ironic in hindsight, asked me if I had been screened for colon cancer.  She had lost her first husband to this horrible horrible disease and clearly was on a mission to caution others.  If only we had paid more attention - for both our own sakes.

As the day progressed with a number of one-on-one interviews with the leading women at KING5, we all gathered on the rooftop for a variety of group shots.

As things began to wind down, she came up to me with an almost embarrassed look on her face, and asked if I would get a shot of her with the Space Needle behind.  She explained that this was her first time to Seattle, and almost seemed concerned I would laugh at her.  Of course I was encouraging and happy to accommodate.

Finally, she cornered both the two of us, and demanded a photo with me.  I never ask for photos of myself with the people we've worked with, and prefer to get shots of the natural flow, or at most, would ask for shots just with my Sweetheart.

A very wonderful set of memorable moments for us all, with many others at KING5 to follow over the years. 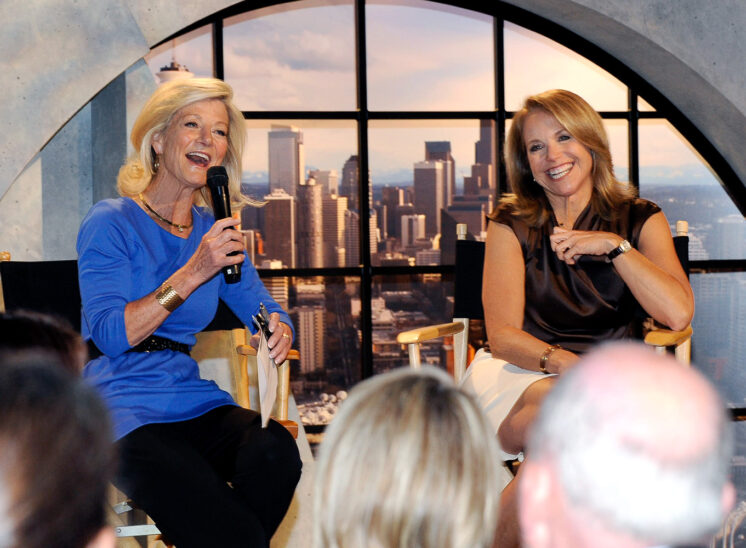 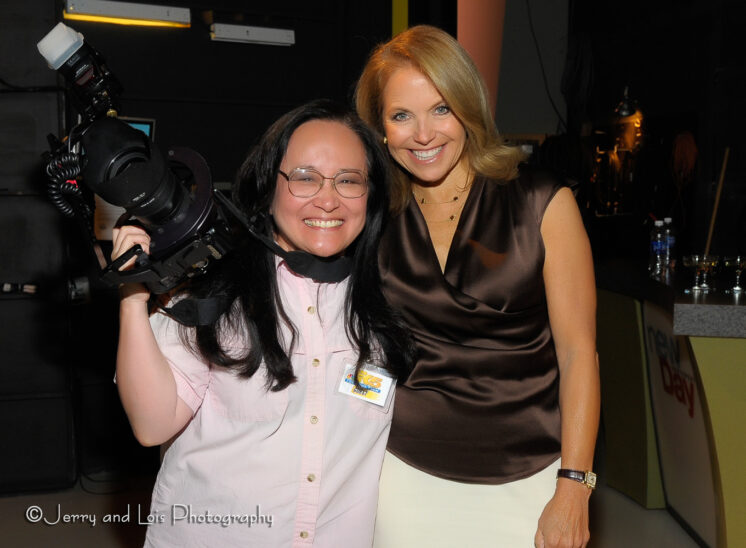 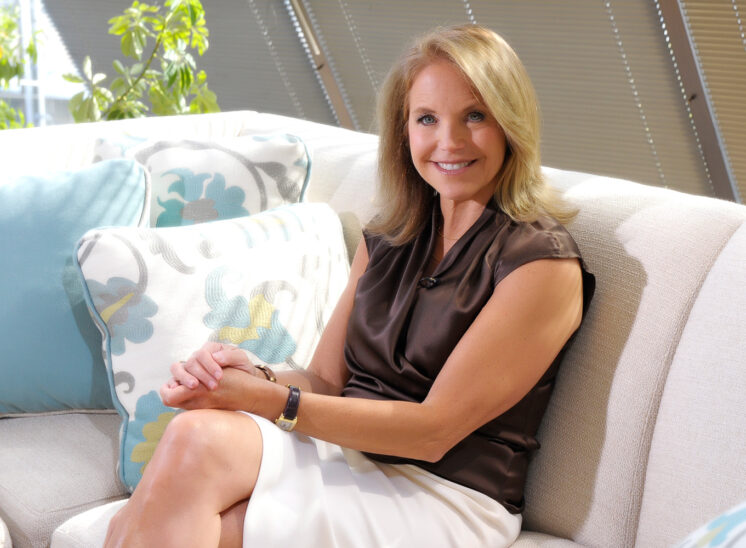 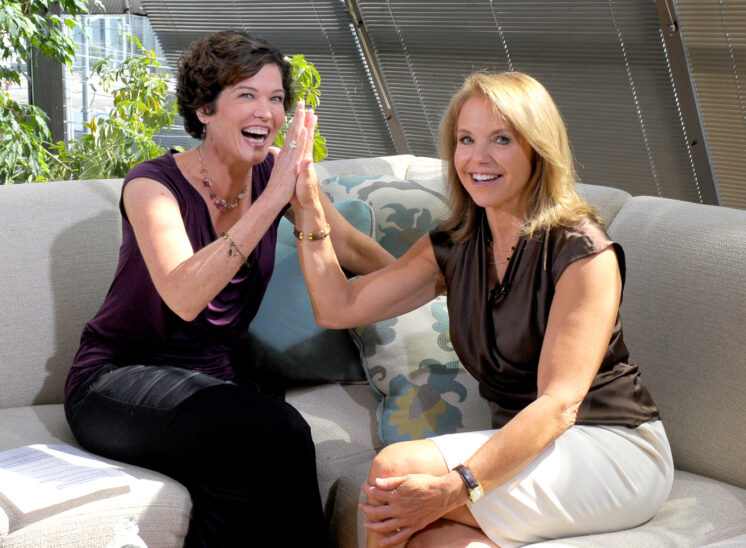 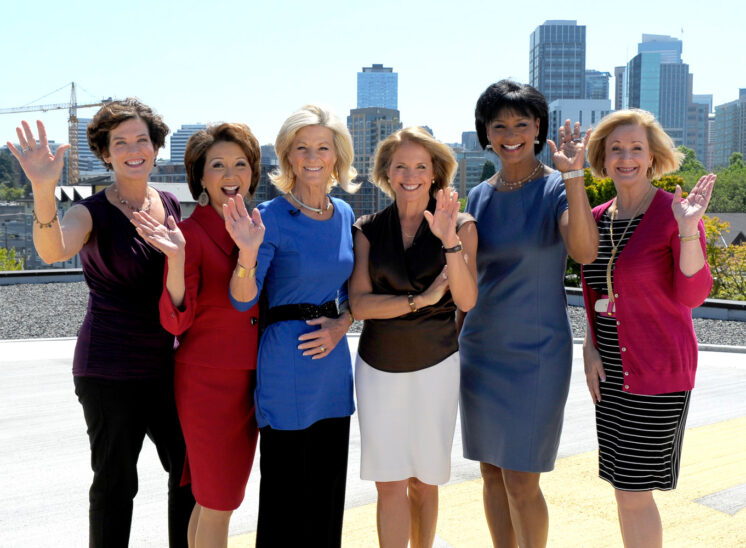 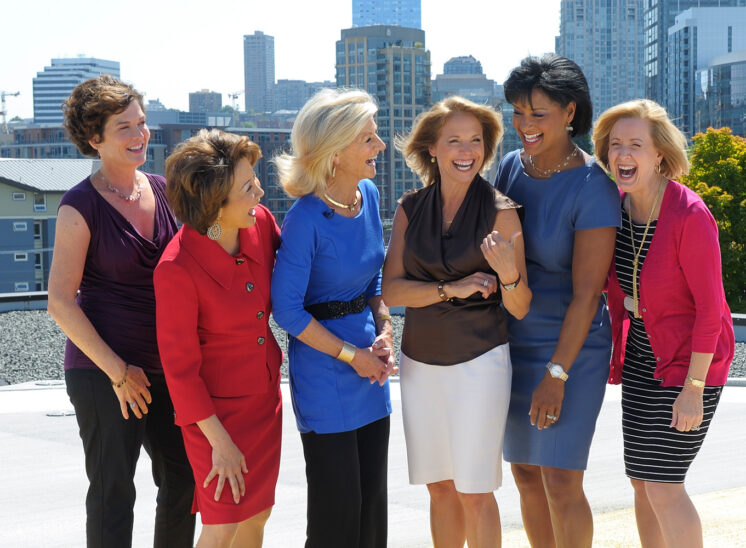 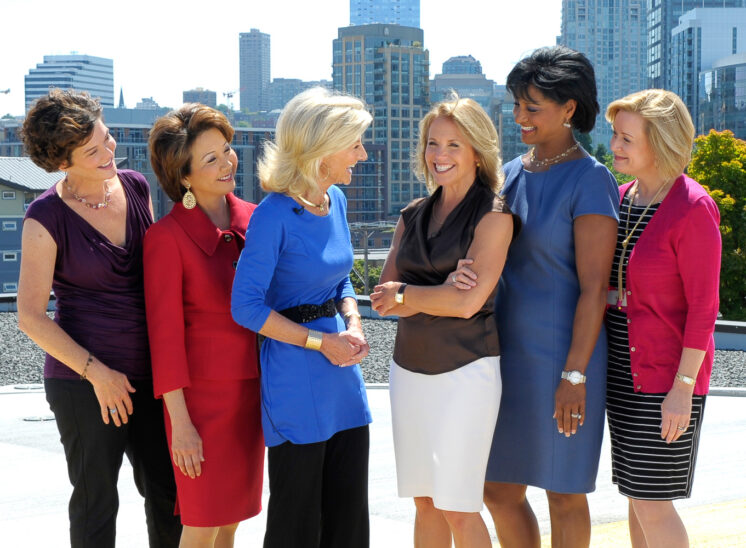 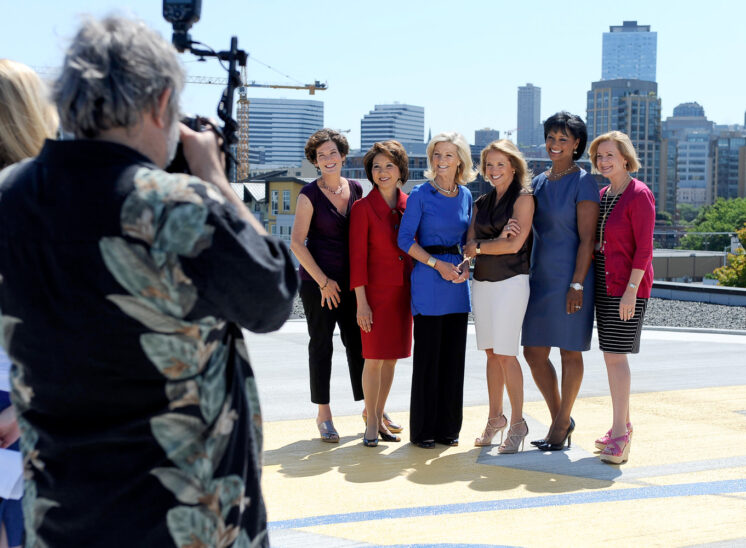 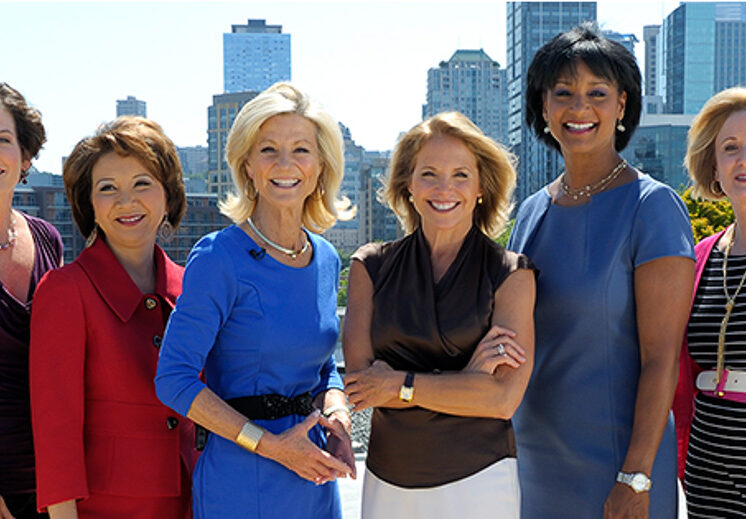 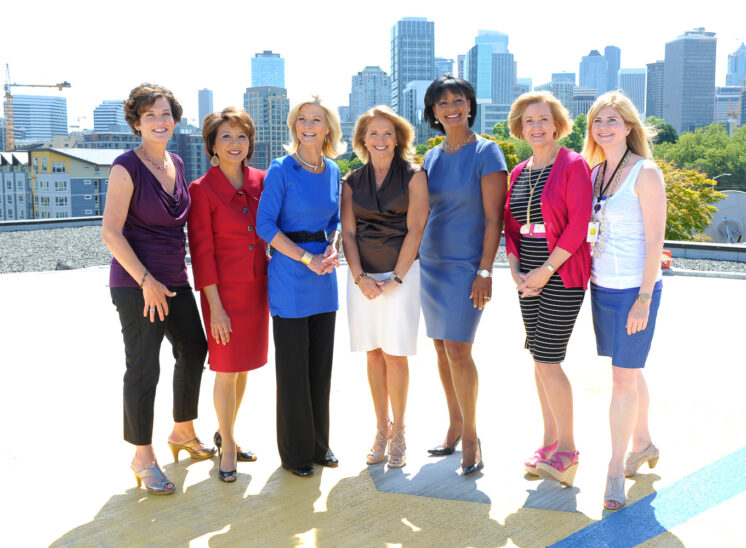 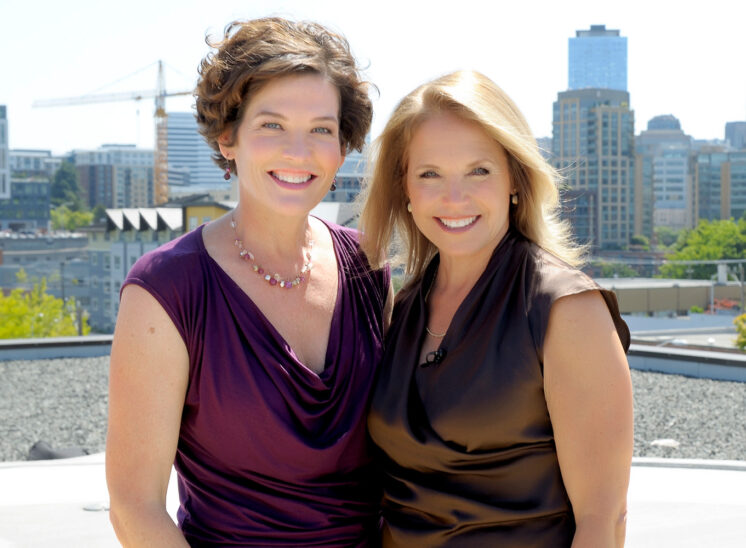 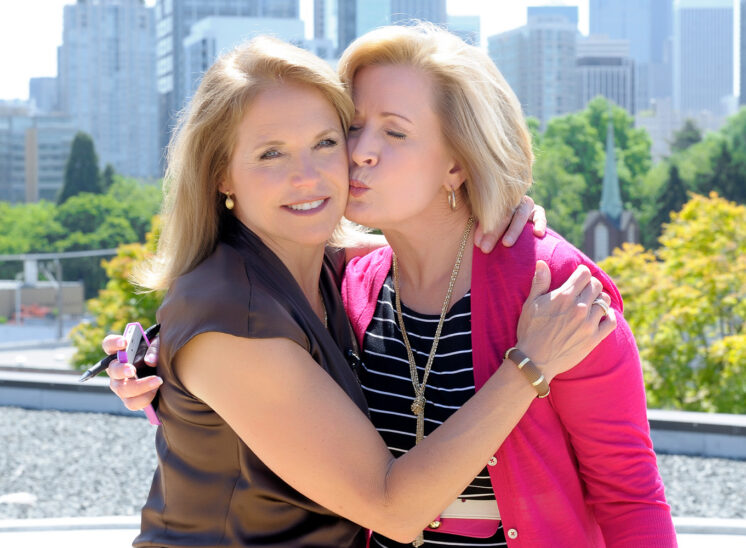 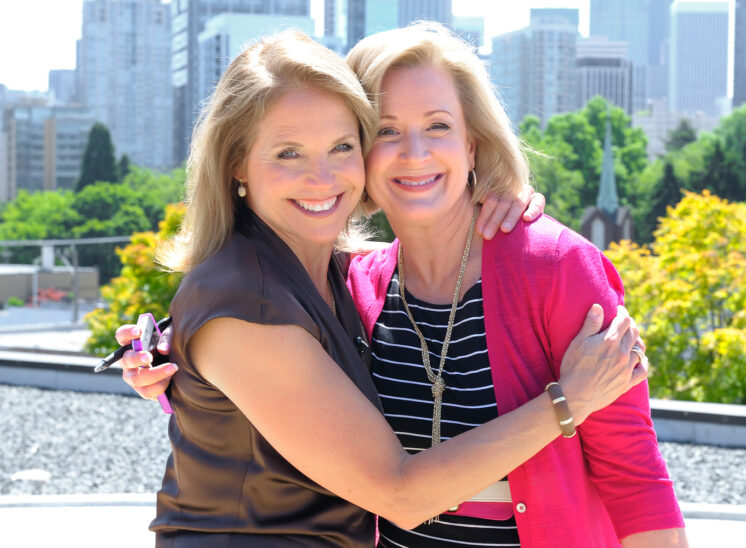 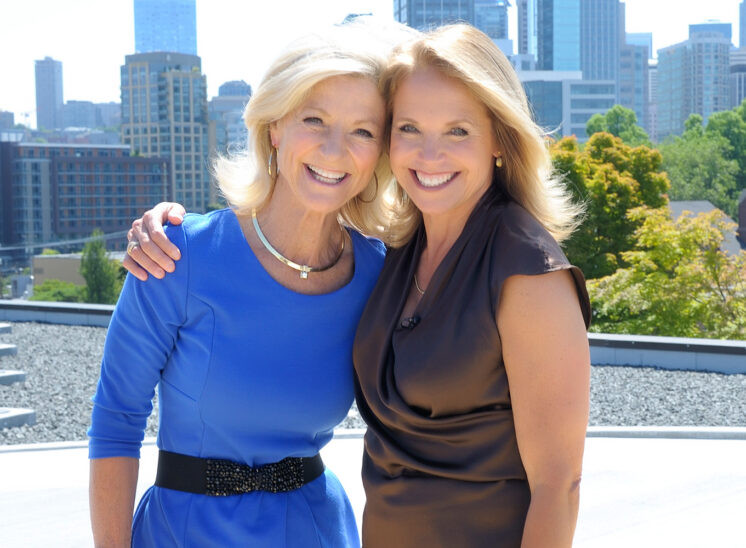 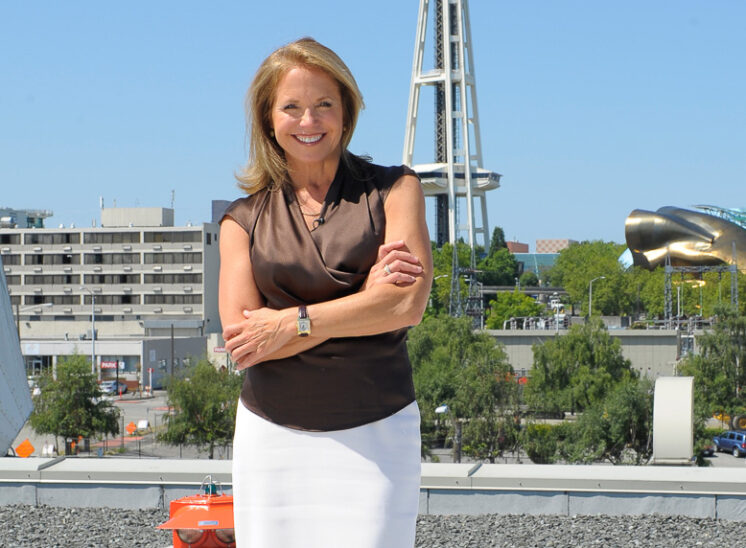 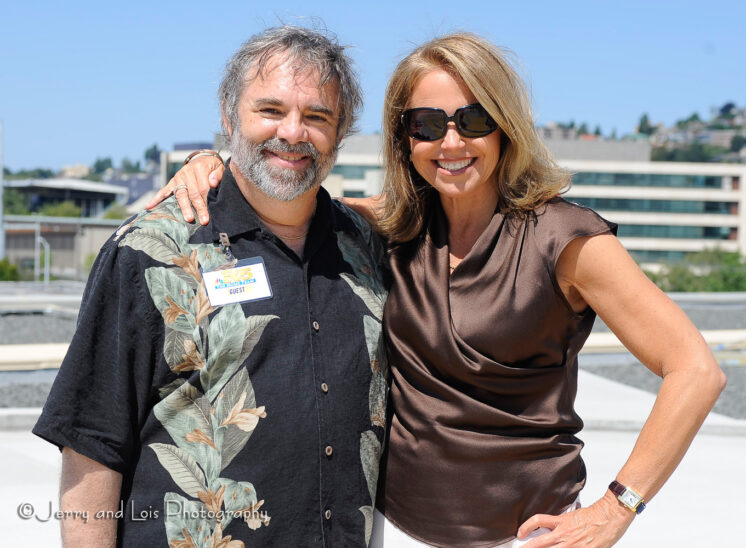